THE ST. LEGER SERIES
Magic, romance  and legend. . .  The St. Leger family have dwelled in the castle perched atop  the rugged cliffs of Cornwall for generations.  Descended from Prospero St. Leger, a mysterious nobleman condemned for sorcery, the St. Legers are both  gifted and cursed by a legacy of extraordinary supernatural powers. And a tradition as well . . . a St. Leger must wed none by his true bride chosen for  him by the one designated with such power in each generation---the bride  finder. 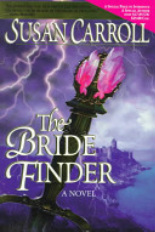 Chosen by the Bride Finder, a man blessed with amazing insight, Madeline Breton  has come to Cornwall to meet her new husband, the enigmatic Anatole St. Leger. But her dream of happiness soon diffuses in his overpowering shadow. Anatole knows only too well the legacies that to him have been more curses than gifts.But as Madeline embarks on an odyssey both otherworldly and undeniably real, she and her husband fall hopelessly in love--until she sees a haunting vision of murder and a terrifying enemy emerges to threaten both their lives. . .
. 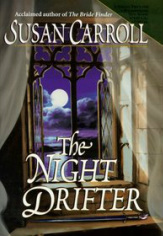 The eldest son and heir to Castle Leger, Lance St. Leger is plagued by and  infernal restlessness that cannot be appeased, perhaps because the family legacy   of strange powers is most pronounced in Lance's own dubious gift. He calls it   night drifting--his ability to spirit into the night while his body remains   behind. And it is on one wild night that he finds Rosalind, a young, sheltered   widow who mistakes Lance's "drifting" soul for the ghost of Sir Lancelot. Lance   teases and tempts her, fills her with a yearning her chivalrous phantom knight  cannot satisfy. But in this place imbued with both true love and otherworldly  magic, a new dire portent vows to come full circle. As a murderous enemy   challenges the St. Leger power, Rosalind must tempt magic herself to save her   beloved from the cold depths of eternity. 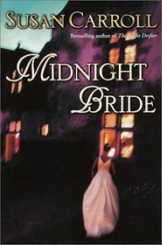 Valentine St. Leger is a healer with a wounded heart. Born with the amazing gift   to eliminate the suffering of others by taking their pain into his own body, but Val's gentle hands cannot change a tormenting truth: he will never marry.  According to history, should he defy his destiny and wed, his unfortunate bride would be doomed to an early death. Until a night of magic transforms  Val into a different man, a man with desires he can no longer resist. Kate  Fitzleger has loved Val almost her entire life and is not about to let a foolish superstition ruin her chance for happiness. Venturing  into a forbidden  room of the St. Leger castle to steal an ancient book of  sorcery, she  desperately hopes to find a powerful love potion. On All Hallow's  Eve, Kate  tempts fate  with an unholy spell that goes awry. When Val awakens, he has no  memory  of the bizarre events that have changed him. All he knows is  that life  is for the living and his fair Kate is ripe for seduction. Brimming  with enchanting characters and stunning atmosphere, Valentine's Bride is a  romantic masterpiece.  .